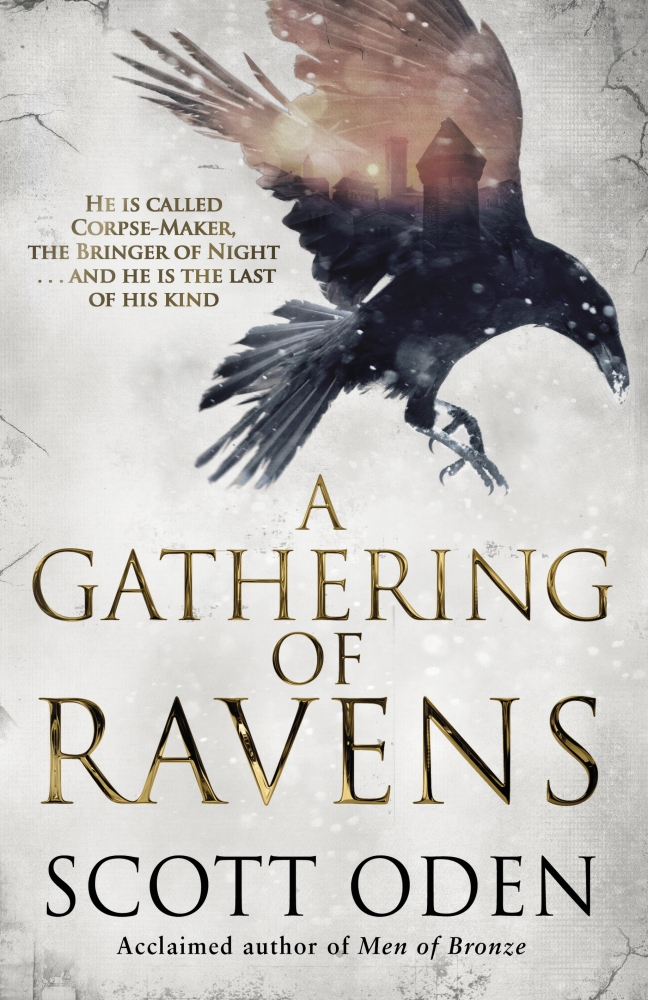 Like many fantasy aficionados – read here as “person who like dragons more than people” – my introduction to the genre was The Lord of The Rings with its very Nordic influences. This love was used to draw me into the realm of roleplaying by my uncle who ran a Tolkien based D&D game. This has engendered a lifelong love of fantasy and roleplaying in me – a situation that leaves me as surprised as anyone that I am not in fact a virgin. And the fantasy genre is overflowing with examples of the things I love from Tolkien – Tad Williams Memory, Sorrow, and Thorn being a fantastic example – and lots of failures in the vein of Tolkien – I’m looking at you, Iron Tower Trilogy – but there is one thing created by Tolkien that I have never found to be treated particularly well by any series. Orcs. The vast majority of books that have them use them simply as bad guy fodder and the few that try to go beyond either change them to the point of being unrecognizable or are just terribly written. So when I heard about Scott Oden‘s A Gathering of Ravens I was curious but worried like an actress invited to a Hollywood party. Unlike the actress I needn’t have worried.

Let’s get the synopsis up here:

“To the Danes, he is skraelingr; to the English, he is orcnéas; to the Irish, he is fomoraig. He is Corpse-maker and Life-quencher, the Bringer of Night, the Son of the Wolf and Brother of the Serpent. He is Grimnir, and he is the last of his kind—the last in a long line of monsters who have plagued humanity since the Elder Days. (Pure fucking metal.)

Drawn from his lair by a thirst for vengeance against the Dane who slew his brother, Grimnir emerges into a world that’s changed. A new faith has arisen. The Old Ways are dying, and their followers retreating into the shadows; even still, Grimnir’s vengeance cannot be denied. (I have no music playing but I can still hear Black Sabbath while reading this.)

Taking a young Christian hostage to be his guide, Grimnir embarks on a journey that takes him from the hinterlands of Denmark, where the wisdom of the ancient dwarves has given way to madness, to the war-torn heart of southern England, where the spirits of the land make violence on one another. And thence to the green shores of Ireland and the Viking stronghold of Dubhlinn, where his enemy awaits.

But, unless Grimnir can set aside his hatreds, his dream of retribution will come to nothing. For Dubhlinn is set to be the site of a reckoning—the Old Ways versus the New—and Grimnir, the last of his kind left to plague mankind, must choose: stand with the Christian King of Ireland and see his vengeance done or stand against him and see it slip away?”

Can I start off by saying that that synopsis is fucking sexy? It is seriously one of the best synopses I have ever come across. It captures the feel of the book perfectly. It sums up without giving away the story. It vibrates with that grim, bloody handed nature of old Norse myths.

In case it isn’t obvious by now I love this book. It has everything I love in fantasy. Well… almost everything. It’s missing a named weapon and a dragon but it has everything else. Full bodied and interesting characters, deadly creatures of myth and legend, harsh and uncompromising action, a layered story built by the character’s desires rather than plot fiat, and a sense that the world is so much larger than just the peek we get. And all of this is done without falling into the traps that much of the popular modern fantasy suffers from. There is real nuance here and never more so than when it comes to Etain and Grimnir. Really all the pov characters.

Rarely do I love all the pov characters in a book. In fact the more that are added the more I start to lose interest because most authors struggle to make one character interesting. You start juggling too many characters and you’re going to start dropping them. This does not happen here. Every pov character – I think there 6 or 7 total – feels necessary. They feel important and real. They contribute to tone and story and theme. Grimnir in his violently pragmatic, playfully cruel, and utterly determined manner. Etain in her desperate bid to keep a hold of her faith in the face of cruelty, violence, and the truth of the old gods. Kormlada with her enchantments and manipulations and pride. And more but these three stand out the most in my memory.

Grimnir is now how I want to picture orcs in my tabletop games. Fierce and vulpine. Cruel but honorable. Dangerous and unpredictable but skilled. No lack of intelligence but possessed instead of a brutal, patient cunning. Short tempered and foul mouthed but still able to see the value of allies. Strong and inhumanly enduring but wins with guile and skill. Moody and tempest tossed by brutal gods. Swearing oaths to the gods that can only be filled by the spilling of blood. He is the perfect protagonist for a modern written Norse epic which is what this book really is.

Let’s talk about the prose here for a moment. Scott Oden can write. Everything in this book feels like an epic. The liberal use of kennings. The well done songs and verses. The strong imagery. It all builds upon each other to forge a story that stands vividly in the mind’s eye. There is a poetry to it that I do not often see anymore – even from books that everyone tells me are poetic. I’m looking at you, In the Name of the Wind. Fucking Mary Sue masturbatory fantasies…

Sorry. Got off on an anger tangent there. Back to the good stuff.

One element handled very well here is the supernatural. The magic feels magical. It feels mysterious and powerful but also deadly and older than man. Whether the craft of the elves or Kormlada’s enchantments or walking the Ash-Road it all feels wondrous. This is not an every day occurrence. None of it feels mundane. It is not simply a science with another name. It is dealing with spirits, gods, and otherworlds. The domain of inhuman blood. And mixed into all of this is something I have rarely seen done well. The mixture of two separate mythologies. Towards the end Norse and Celtic myth come together and do so seamlessly. Truly a feat worthy of note.

Something that impressed me and always does when I encounter it is the sense that this is part of a larger story. It felt like a full story but it also felt like one part of a saga. There was a great sense of history behind it driving it forward. It almost seemed like the conclusion of a series. This is not to say that the story feels incomplete. Far from it. It feels like there are more stories there to be told in the saga. This sense that this story is not a one off but part of a larger mythology.

I have only one criticism of the book and it has more to do with some mild OCD tendencies than anything else so I will address them to the author. Uniform chapter lengths, Scott! At least close approximates! 3 chapters in 4 pages is a bit much!

So please pick this book up. It is fantastic. I loved it from first to last page. So did my better half… who said Grimnir reminded her of me. Not the first time I have been compared to an orc in our relationship but what can you do?

Oh and one last note –

One thought on “How Orcs Got Their Groove Back”