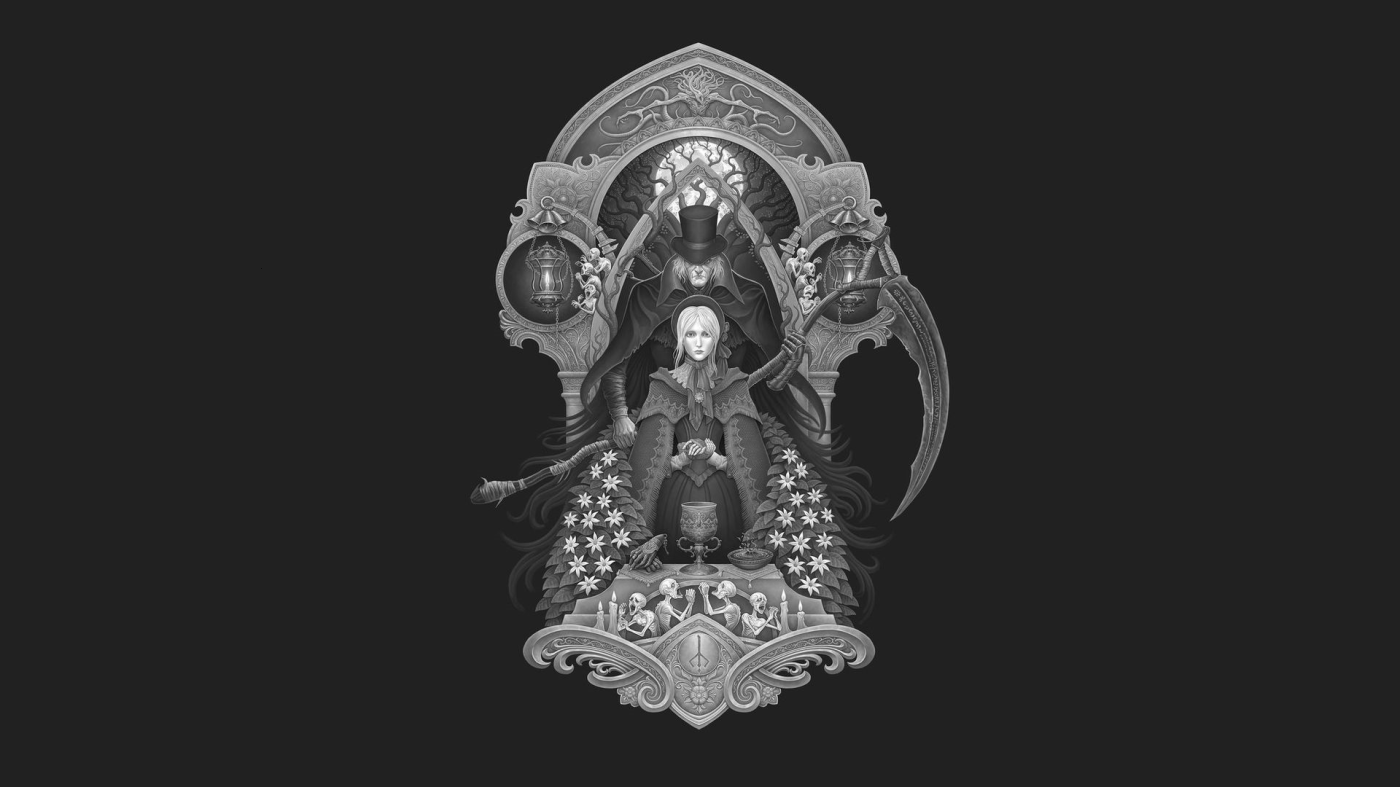 By all the gods fear it, Laurence.

Those words still send a thrill through me every time I hear them. Now I know I said that I was going to restrict myself to more literary reviews but I came to a realization over the last week or two of playing this game. It is literature – and I know that that is a thing that many video games aspire to be. So few live up to the promise and those few are exemplars of what games can be. Planescape: Torment with it’s “What can change the nature of a man?”. Silent Hill 2 with it’s questions of guilt and lust. Bloodborne with it’s treatment of the themes of cosmic horror and what that actually means for humanity.

Now let me give a little backstory here. Bloodborne is a game for the Playstation 4 and one I was not particularly excited to play. I am not a fan of Dark Souls. I don’t hate the Souls games but there is a lot to their design mechanically and story wise that did not work for me. To me it felt like they were generic Western (the civilization – not the genre) Dark Fantasy through the lens of Japanese style. Which, to be fair, is exactly what they are. So when Bloodborne was announced I was not exactly blown away and not just because I did not have a PS4 at the time. Then in the last year my better half took a vacation to England to see some friends so I – being a mature adult – promptly turned the living room into my own private man cave and decided to give this game a shot.

Did I ever fall down the rabbit hole here. Giving a game a shot turned into obsessive play and that led to lore hunting. Lore hunting led to conversations online, Youtube videos watched to see secrets, and finally to the wonderful dissertation on Bloodborne lore known as the Paleblood Hunt (which I will link below). The story presented in the game is amazing but it is only the beginning. The tip of the iceberg so to speak. Multiple stories being told and unfolding simultaneously building upon each other to ask new questions and unveil new truths.

The game begins with this lovely Victorian monster hunter vibe (“Just go out and kill a few beasts. It’s for your own good. You know, it’s just what hunters do! You’ll get used to it…”). Traveling to the city of Yharnam to seek out it’s fabled Healing Church to cure the illness you carry you are instead embroiled into the madness that has befallen the city. It’s a cross between Van Helsing and the Purge. Slowly as the night progresses the world unfolds till the story becomes this Lovecraftian tale of Cosmic Horror full of Dreamlands and eldritch, alien monstrosities and Things Man Was Not Meant To Know. It is a wild ride – and the best part is how it’s told.

There is little exposition in this game. The director very much followed the “show don’t tell” philosophy. The story is told in bits and pieces from item descriptions, dialogue, and setting that must be put together by the player. Each piece fits with the next and builds this truly wonderfully woven tragedy of epic scale. There are few clear cut villains or heroes. In fact only there is only one character I would truly consider villainous (remember the name Micolash if you have not played the game) but there are a few I would consider heroic. This story though …it rains on the just and unjust alike. Good or evil… fair or foul… all suffer for the hubris of scholars who found their own Necronomicon hidden in the Old Blood.

One of the things that make this game more than just a game and gives it that edge that places it among my favorite stories is the atmosphere. In all the attempts at bringing Lovecraft to life visually none has ever succeeded the way they did with Bloodborne. The city of Yharnam has such a personality. It’s beautiful and decayed in equal measure. Like seeing the remnants of youthful beauty in the face of a dementia patient. Maddened so that it no longer recognizes itself. It builds this air of monstrosity and then yanks the rug out from beneath you as it reveals the very human, very noble reasons why it all came to pass.

I have never been a great fan of tragedies but this one is tragedy done right. So much potential for good lost in tides of ambition and fear and madness. A city driven mad by their reliance on religion for the answer to all their problems till they no longer heard the warnings of the scholars. Fear the Old Blood.

There is so much blood in this stone that you could squeeze for days and not have it all. I could write books about the lore and the stories contained in this game. I could write page after page about the effective use of Lovecraft’s themes. All of this without ever touching upon the mechanical aspects of the game – which are damn near as remarkable as the writing itself. If I used a rating system this would be a 10 out of 10 for me. I would have taken this as a book series or game and been equally happy. Of course if it was a book I wouldn’t have had to be beaten to death with a placenta 40 times.

Ask anyone who has played this game what I am talking about. They know.

So if you are a gamer play this game. If you are not watch a Let’s Play of it (I suggest Scribe’s Youtube LP of it) or even enjoy the Lore videos. I would suggest Vaatividya for Lore. If you really want to go in depth check out the Paleblood Hunt by Redgrave linked below.